Can you drive a car with a blown head gasket? 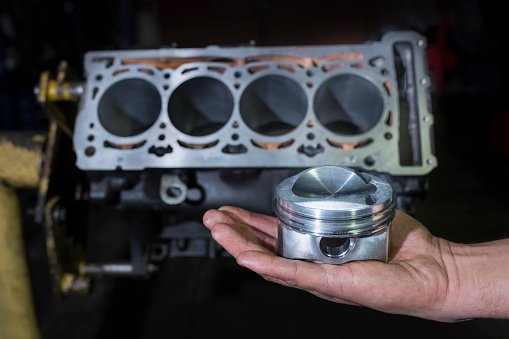 Can You Drive a Car with a Blown Head Gasket?

The short answer is yes, but it is not recommended. Ignoring a blown head gasket will likely lead to more damage to your engine as well as your wallet. Gaskets are some of the most important and necessary parts of any engine which function to seal off compartments. It prevent fluids from leaking, debris from entering, as well as maintain its internal pressure. Gaskets are made of cushioning materials that are placed in between engine compartments sealing the parts together once bolted.

When a gasket fails it can do serious damage to your car, so it is important to know the warning signs and what you need to do to get it fixed. Depending on how severe the leak or perforation is, a car usually does not last longer than a month with a blown head gasket. Even a small break in the head gasket can cause air and fuel to leak out or other engine liquids like water, oil, and antifreeze to mix, resulting in the loss of engine power, parts of the engine breaking down, or the whole thing seizing up. Making sure that the head and other gaskets in the car do not break down could mean saving you big money in engine repairs.

Why Do Head Gaskets Blow?

When any gasket blows, it is because it can no longer properly act as a seal against the pressure between the parts it is holding together. This causes your engine to lose pressure and will underperform or seize up because it cannot produce enough the power to operate properly.

A head gasket can fail for several reasons:

The most common reason for head gaskets to fail is overheating. If an engine is poorly maintained, lacks important fluids such as oil and antifreeze, or has problems with its cooling systems, the head gasket could get compromised under pressure and heat. Older cars may have head gaskets that are made with inferior materials that are unable to handle the intense pressure produced by the engine over time leading to a break.  Cars produced more recently have stronger head gaskets that are made of reinforced steel. Engines that have timing issues in fuel combustion can also produce high amounts of pressure on the cylinders that can lead to a head gasket blowing. If drivers do not allow their car engines to properly warm-up before using them then the stress placed on the head gasket can cause cracks or fissures in the plate which can lead to it blowing. This is a common problem with Canadian vehicles as some drivers do not give enough time in the cold winters for their cars to heat up. Finally, head gaskets are supposed to last for the life of the car, on average for 240,000 to 250,000 kilometers, but as a car ages and bears the brunt of weather erosion, among other things, the head gasket will be stressed and put to the test. If you have driven your car for 10 years or more then you should think about getting the head gasket checked out as the last thing you need is for it to blow and leave you with either a heavy repair bill or no car at all.

Ultimately, a blown gasket could be caused by any number of reasons. It could be a problem anywhere from the coolant system to the combustion chamber, so it is a good idea to have a skilled technician look at your car if you suspect anything. As well, the signs of a head gasket failure are like other problems that your car may have so it can be a bit confusing. For instance, a car overheating could be caused by a restricted radiator, or coolant leaks could be from a problem with the intake.  It is good to know the possible symptoms of a failing or blown gasket but if you want to be sure set up an appointment with your local mechanic to get a qualified answer.

How to Tell if a Head Gasket Is Blown

The head gasket is located between components in the engine so it cannot be readily examined without taking apart the engine to some degree. This is one of the reasons why diagnosing, repairing, or replacing a head gasket can be costly. Additionally, visual inspections may not necessarily be the most useful method to determine head gasket problems because of the overlapping symptoms with other possible problems with an engine. That is why it is good to know what those symptoms are so you can assess any problems as they happen and decide if you need to get your car checked out by a certified technician.

Engine Oil is Murky in Colour
One of the clearest symptoms will be any leaked coolant found on the surface of the gasket. These types of leaks usually happen when the seals between the cooling and combustion parts of an engine have been damaged or have worn down over time. Depending on where a leak might be, oil and coolant could start to intermix inside the engine and this may not be readily visible.  When coolant and oil get intermixed, the engine is no longer being lubricated as efficiently as it should be which could result in your engine seizing, components eroding, and eventually cascading engine failure.

It is more common for a head gasket to leak externally though, which would be seen as engine fluid (oil, antifreeze) seeping out of the engine near the intake or from under the exhaust gasket. The engine will go through coolant a lot quicker as it is leaking out even when you are not using it. Leaking coolant will stay in the cylinder after the car has been turned off and it can then end up getting into the engine oil. When this happens, the oil will take on a milky white colour. This can be visually confirmed simply by inspecting the dipstick or cap rings. White smoke will also be seen when the car is restarted as there is likely coolant in the combustion chamber as well. All you need to do to confirm this is to turn on the car and leave it idle for a minute, the smoke will be seen coming out of the exhaust pipe.  This might be a bit more difficult to see on rainy days as a car exhaust usually produces a bit of steam because of the temperature and pressure changes so try to do a visual inspection like this on a warm and dry day. You could also try smelling around the engine area where the head gasket is located, fluids like oil and coolant tend to give off a sweet smell when they mix so you should be able to get a whiff of it.

Thick exhaust Whitish or a Faded Blue in Colour

When your car’s head gasket blows, the engine will start to consume oil at a much faster rate because it is no longer properly or consistently transferring that oil from the cylinder to the drain valve and back. Evidence of this can usually be seen in the heavy and thick exhaust coming from the car that is whitish or a faded blue in colour. The car will probably idle at a reduced capacity as well. Again, these symptoms could be caused by other problems with the engine, however, if your car is going through oil at a faster rate there is likely a blown gasket. If your car has these symptoms, it should be brought in for a head gasket inspection.

Bubbles in the Cooling Tank

Another symptom could be exhaust gases from the combustion chamber that leak into the cooling system, where they then could end up circulating and passing into the radiator. You should be able to see evidence of any leakage in the cooling tank, which will likely be full of bubbles. This is caused by a loss of pressurization in the cooling system which is supposed to remain fully pressurized while the engine is operating and heating due to friction and movement of its parts and the combustion of the fuel.

The Risks of Waiting to Repair

If you have more than one or all of these visual signs, do not drive your car unless you have to. If you continue to drive your car with a blown gasket then you risk damaging the engine further as the increase in heat can warp the parts connected to the gasket or cause even more problems because of leaked fluids and/or eroded parts. Unless you want to pay a higher repair bill, or worse, have to replace the gasket or even the entire engine, then be sure to get the car inspected by a certified technician or mechanic before anything else.

How Much Does a Head Gasket Repair Cost?

The cost to repair a head gasket can vary depending on the year, make, and model of the car as well as the type of repairs that need to be completed. Generally, however, the repair or replacement costs for gaskets and cylinder heads in recent cars are expensive, ranging anywhere between $1,200 and $2,000. Again, the cost of repair or replacement varies by age, make, and model so it is worth your time to call around your local auto repair shops to get an estimate before making any final decisions.

The cost of repair or replacement of head gaskets in older cars can be more expensive because the parts might not be readily available, and the amount of time needed to do the work. Depending on the age and condition of your car, the cost of repairing or replacing the head gasket might be more than the value of the car itself so it is probably a good idea to think about whether it is worth it to do the repairs. In fact, many insurance providers will not cover the cost of a head gasket replacement if it is caused by regular wear and tear or if the repair costs are more than the value of the car, so you may have to think about scraping the car if this is the case.  Bottom line: Do not wait to fix this critical repair.